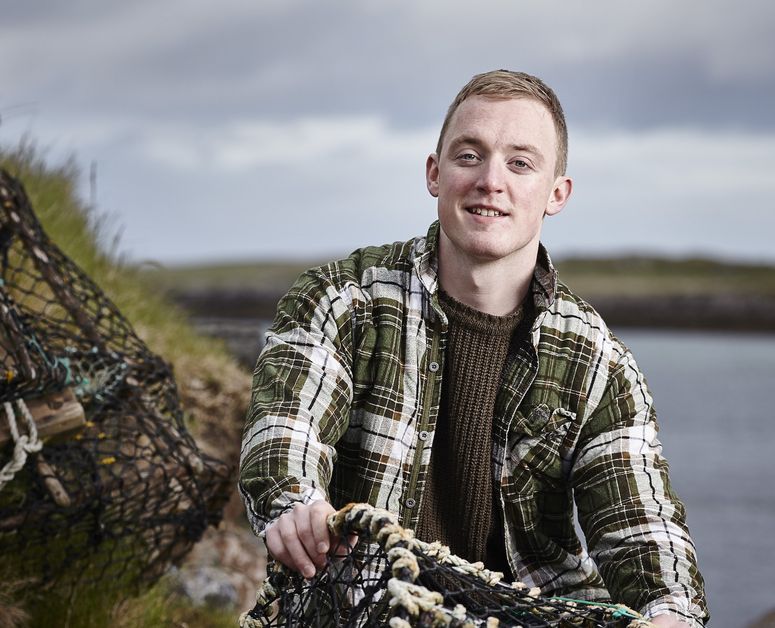 Our founder Douglas Stewart, a lobster fisherman’s son from the Isle of North Uist, formed the Hebridean Food Company in 2013, initially selling seafood caught in the crystal clear seas surrounding the Hebrides. For our first blog, Douglas recalls his introduction to the wonderful produce that surrounded him as a child and his journey so far in sharing this produce with you through the Hebridean Food Company.

My first memory of being around lobsters was sorting the week’s catch on a Saturday afternoon. It was always a busy day between fishermen coming in with their weekly catches to the lorries coming in to pick up the shellfish destined for Spain and France.

My dad is a lobster fisherman through and through. That means checking the weather forecast 3 times a day and getting up at 5am to rush out for a day’s fishing. I don’t think lobsters, or the sea, are ever far from his mind.

I started helping in the family business when I was 10 – and that’s when my career in Saturday labouring started! I was the designated skivvy, from sweeping the floor to washing down boxes. Luckily as the years went by, I moved up the ladder and eventually became a crewman on the boat during the summer months.

I found the hustle and bustle of the fisherman’s life thrilling. From the ever-changing lobster prices, to the deals being struck between fishermen and suppliers. I fell in love with a life where no days, or weeks, were ever the same.

My interest was really sparked when the huge lorries would roll down to the harbour decked with the latest technology to collect the seafood for transit to Spain and France. I wondered why people in this country didn’t eat this shellfish. An islander’s diet is based on shellfish, so I couldn’t understand why it left Scotland, never mind the UK. I wanted to do something about it!

So I started the Hebridean Food Company after leaving university. Initially my idea was to take the freshest Hebridean produce to consumers in Scotland and I traded from stalls at various farmers’ markets. I was astonished to see customers instantly connect to the provenance and quality of the produce and how quickly the business grew.

So in order to make these wonderful products available to the whole of the UK, I launched an online shop last year, making fresh food from the Hebrides readily available to a wider audience.

If you can’t visit our stalls at a farmers’ market, you can do the next best thing and order online for home delivery. It’s exactly the same produce, that arrives fresh at your door – wherever you are in the UK!